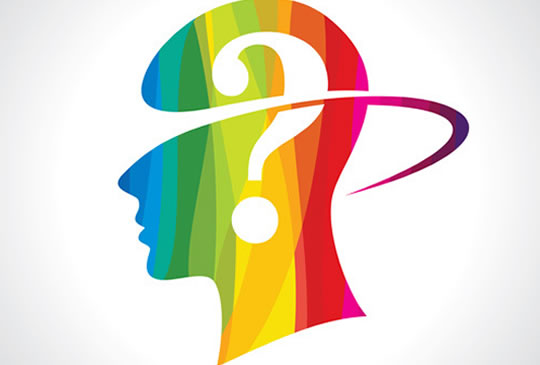 Characters should be three dimensional for the most part. If they are significant at all, then you need to take the time to develop them into real people. There should be more to them than just stock personalities/groups. Sure, you could write the stereotypical ‘jock’ as your antagonist, with nothing more to them than being an athlete/bully, but why would you want to? Readers have seen him a thousand times, so not only is it unrealistic: it’s either going to be forgettable, laughable, or offensive. I’m guessing you don’t want any of those things. So, why don’t we dig a little deeper into character creation?

When To Create Your Character

In my experience, it can be good to have at least an idea of what your character is like before you outline (or do your first draft, if you don’t outline) your story. You can you a sheet of paper, a white-board, a flow-chart, whatever you like. Creating the character beforehand will help to avoid your character conflicting with the plot. If you create the plot beforehand, you can end up having your character do things/make choices that conflict with the character you create later on.

Of course, I’m sure you could create your character around the plot, or change the character as needed to fit the plot. Personally, it’s never worked out well for me, but I’m sure lots of people do it.

I like to start with the basics of my character. These are less important, in the way that they are usually easy to change as you develop the rest of the character (changing them probably won’t require other changes to the character. They are, however, needed for the story, and a great place to start developing your characters.

First, what is your character’s name? How old are they? What is their gender identity? What is their overall appearance? What are a couple basic personality traits your character has (e.g: brave, cunning, loving, etc)? Their personality traits will be the main things that help us branch out into the rest of their character. Once you know some of their traits, we can dig a little deeper.

First, why are they the way they are? What is their experience that makes them brave, or cunning, or loving? Are they brave because they have taken risks that have paid off? What were those risks? Are they cunning because they had to be in order to get out of a bad situation? What was the situation? Are they loving because they had a loss that made them want to appreciate others? What was the loss? Do they have pink hair for a reason? Is there a reason they always dress so formal? How did they get so muscular? Keep asking questions until you have a solid back-story for them. Keep in mind, most of this probably won’t be revealed to the reader directly. Knowing all of this about your characters will make you write them as more complex and intriguing, just as real people are. However, just as in real life, we don’t know everything about other people, but we are aware that they have lives just as complex as ours.

Now, some more questions branching from the experience (some of which may already have been answered). What is their culture/heritage? What is their sexuality? What is their current lifestyle? What is their educational background? Where do they live now? What’s their occupation? Knowing what conditions they live and have lived under, as well as their opportunities and cultural experiences, can make it easier to figure out what their moral code and personal values. These are especially important in dictating how your character reacts to situations. You should know how they weigh what is right and wrong, what they believe in, what they would die for. Not only do these help with your character’s major-decision making, but it also helps you to answer other things about them. What are their pet-peeves? Goals? Dreams? Fears? Hopes? Loves? Hates? All of those are important for character’s personality, but also the plot. You don’t have much of a plot if your character has no goals. You can’t really write a breaking point if they aren’t afraid of anything.

Next, you need to know their strengths and their weaknesses. They should have both. If your character is perfect, they’ll be completely unrelatable and there will be no doubt in the reader’s mind that they will complete their goals (and thus, no interest, either). However, if almost all they have is flaws, that will also make them unrelatable, as well as unlikable. Even antagonists should have strengths. Sure, they can be a cruel, scary, puppy-hating bad-guy. But, are they extremely intelligent? Are they persuasive? Are they honest? This is the difference between a 2-D and a 3-D character. Figure out their skills, hobbies, abilities, magic, and also where they are lacking.

Your characters traits will determine what kind of relationships they can have. I tend to list all of the people the character has a significant relationship with, and write a brief description of their relationship.

Now that your character is pretty well developed, sit down and have a chat with them (figuratively, of course). Get to know all the trivial things about them. What bands do they like? If they read, what’s their favourite book? What’s their most and least favourite food? I’m sure you get the idea. You may or may not include some of these in the story, but it will help to further your understanding of the character. Remember, they do have a life outside of the plot.

Now, your character has been brought to life. They are complex, with their own way of speaking, interacting, making choices, etc. However, you aren’t quite done yet. If this is a major character in your story, they should probably be dynamic. This means that they should grow/change throughout the story. This isn’t as necessary for short works of fiction, as there isn’t much time to develop, but it is important if you are writing a novel (or something close to that length).

Remember those flaws we made earlier? The weaknesses? Over the course of your story, the character should be growing, learning, and changing as a person. This means for “good” characters, that they are going to fix (or attempt to fix) some of these issues. For example, does your character start out as shy and insecure? Maybe over the course of the book they have experiences that teach them and help them grow, and by the end, they are more self-confident and stand up for their beliefs. For “bad” characters, namely antagonists, they may do the opposite. Maybe they start out as loyal and caring, but betrayals of their trust and abuse of their kindness throughout the story changes them into somebody vengeful and only loyal to themselves.

Making a character dynamic helps to answer the “so what?”  from readers. Readers care about the characters, not the actual goal. They want to see how the plot impacts the character, how it changes them. Knowing your character and the changes they need to go through are what help you shape the plot, how you decide what situations need to be thrown their way in order for them to develop.

With all of this in mind, go out and write your masterpiece!